Our hairy leader, Gareth is most famous for the immense hair-growth all over his head and face. He is also pretty amazing at mucking about with sound of all shapes and sizes. He can edit almost at the speed of light and he makes a mean cup of peppermint tea when pushed. 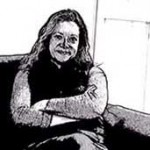 The one who thinks she’s in charge most of the time. Lucy likes to read a lot, which is lucky because she spends a great deal of time locked in a Chatterpod doing just that. She also helps the hairy one run things and talks – a LOT. 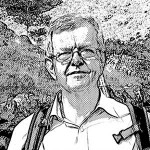 An award-winning radio drama producer, Alec has had a varied career in broadcasting: he relayed the first moon walk to television stations in Europe, gave the band Genesis their first national broadcast and spent a week with the French Foreign Legion.
Along the way Alec has directed literally hundreds of audiobooks. He hopes one day to crash the audiobook charts with the book of ghost stories he is currently writing. 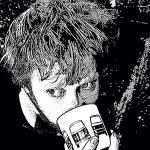 Gavin trained as an actor but realised (having rolled into the orchestra pit dressed as Mr Wobbly Man from Noddy) that he wasn’t very good. These days Gavin makes albums and tours as a singer-songwriter, (sometimes with comedian Daniel Kitson, once with Belle & Sebastian) does TV warm-up for Deal or No Deal and writes continuity scripts for the Discovery Channel. He’s worked for Chatterbox Audio since its humble beginnings – as producer and reader – and was one of the first people to don the Chatterbox Stormtrooper helmet. 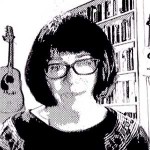 Nikki Ruck  began her career in audio over 20 years ago dubbing cartoons into Mandarin and Thai for Turner Broadcasting in HK. Since being back in the UK she has worked producing and editing promos and programmes  for the likes of C4, BBC, C5 and ITV;  editing dialogue for films such as “High Rise  and “The Duke of Burgundy” both due out in 2015; as well as working with some great actors  to produce audiobooks for many of  the major publishers. 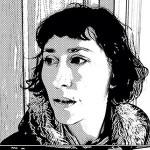 I have twenty years experience in television and radio, and have travelled the world, covering everything from science, fashion, documentaries and entertainment. During this time, I have written scripts for Russell Brand, interviewed Michael Palin and filmed a reenactment space shuttle launch at Cape Canaveral.
About three years ago, I finally brought together my love of literature and writing and passion for producing by moving across to Audio books. In that time, I have worked on a wide span of titles from Treasure Island with Luke Evans to the recently controversial Kevin Pieterson autobiography. I also do the occasional voiceover and radio report when not busy producing books for Chatterbox. 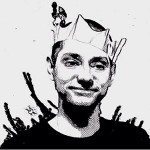 When not diligently moulding media into masterpieces he can be found ranting at opinionated inanimate objects such as radios, TVs and papers. The rest of his time is spent listening to music while humming a different tune,  envelope doodling and laughing at everything. 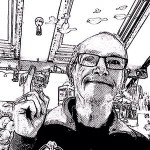 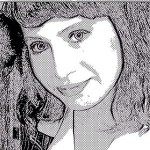 Lucy is originally from the Midlands and has now spent tens years living in Bath, where she moved to study drama. She previously worked as a producer for AudioGo and in her spare time she enjoys performing, reading, watching films, theatre and being outdoors. 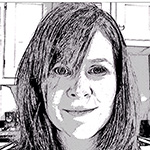 She keeps us all where we should be. Julie looks after Chatterbox’s accounts, books our proofers, tells people off when they owe us money and eats lots of biscuits. She’s also an insanely good cook and baker when she’s not asking Lucy where missing receipts are hiding…