“Delving into issues of family, class and loyalty, Black Rain Falling is a stunning crime novel that asks how far one should go to protect those they love.”

“On the Caribbean island of Camaho, forensics expert Michael ‘Digger’ Digson is in deep trouble.

His fellow CID detective Miss Stanislaus kills a man in self-defence – their superiors believe it was murder, and Digger given just six weeks to prove his friend is innocent.

While the authorities bear down on them, Digger and Miss Stanislaus investigate a shocking roadside murder, the first tremors of a storm of crime and corruption that will break over Camaho at any moment.”

The audiobook will be available to download in March 2020.

Hope, Grief and Endurance in a Cycle Race Across a Continent

In 2015, Athlete, cyclist and writer Emily Chappell cycled 4,000km across Europe. In her new book “Where There’s a Will”, she tells her story, and we were lucky enough to produce it!

“On her first attempt she made it only halfway, waking up suddenly on her back in a field, floored by the physical and mental exertion.
A year later she entered the race again – and won.”

“Where There’s a Will takes us into Emily Chappell’s race, grinding up mountain passes and charging down the other side; snatching twenty minutes’ sleep on the outskirts of a village before jumping back on the bike to surge ahead for another day; feeding in bursts and navigating on the go.

We experience the crippling self-doubt of the ultra distance racer, the confusing intensity of winning and the desperation of losing a dear friend who understood all of this. “

Can ageing really be a positive experience? Yes. You can make a difference to your own ageing process.

“You can make a difference to your own ageing process. Research shows that how we think about ageing can have a significant impact on our health and wellbeing in later life. The Ten Steps of Positive Ageing challenges and debunks the inaccurate and negative attitudes that may be contaminating your outlook on getting older, and provides a clear, practical road map for exerting more choice and control over the ageing process.

Concentrating on the psychological and emotional aspects of getting older, and deploying a range of personal development techniques, The Ten Steps of Positive Ageing provides you with the keys to a happier and more fulfilled later life. This is the book for those of us who want to do ageing differently.”

A captivating story of a crumbling estate in the wilds of Scotland, its century-old secret and an enduring mystery…

Dom Joly has been at Chatterbox recording his new book The Hezbollah Hiking Club for Little Brown.

Dom was born in Beirut and lived there until he was eighteen. He lived through the civil war, went to school with Osama Bin Laden, and learned to ski and speak French and Arabic. At the age of seven he was sent to an English boarding school, where he would spend term times before returning to his war-torn home. Dom’s parents divorced when he was eighteen and he moved permanently to the UK, becoming a diplomat, a political journalist and then famous as a man who dressed as a giant squirrel. He has only been back to Lebanon twice since.

Upon approaching his fiftieth birthday, Dom had an idea: to walk The Lebanon Mountain Trail with his two best friends, Harry and Chris. He had also read about an attempt to promote tourism in Lebanon by encouraging people to take on this 30-day hiking trail. The Lebanon Mountain Trail runs from the Syrian border in the north of Lebanon, along the spine of the mountain range all the way down to the Israeli border in the south.

The Hezbollah Hiking Club is heart-warming, funny and incredibly fascinating. This will be a brilliant listen!

It has been a pleasure having Liyah Summers at Chatterbox narrating The Priory of the Orange Tree by Samantha Shannon, the internationally bestselling author of The Bone Season.

An enthralling, epic fantasy about a world on the brink of war with dragons – an the women who must lead the fight to save it.

A world divided. A queendom without an heir. An ancient enemy awakens.

The House of Berethnet has ruled Inys for a thousand years. Still unwed, Queen Sabran the Ninth must conceive a daughter to protect her realm from destruction – but assassins are getting closer to her door.

Ead Duryan is an outsider at court. Though she has risen to the position of lady-in-waiting, she is loyal to a hidden society of mages. Ead keeps a watchful eye on Sabran, secretly protecting her with forbidden magic.

Across the dark sea, Tané has trained to be a dragonrider since she was a child, but is forced to make a choice that could see her life unravel.

Meanwhile, the divided East and West refuse to parley, and forces of chaos are rising from their sleep.

This is such a fantastic read and Liyah has done such a wonderful job narrating it. It’s great to read a fantasy novel with brilliant female characters, too!

Right: Liyah Summers narrating The Priory of the Orange Tree at Chatterbox for Audible UK and Bloomsbury.

In October, Peter Hince came to the Chippenham studios to record the introduction and author’s note for his brilliant book, Queen Unseen,narrated by the wonderful Rupert Holliday-Evans.

Following the success of Queen Unseen and the movie Bohemian Rhapsody, Peter has been invited to give one of his talks, Queen: Behind Closed Doors, in Bristol on February 26th.

Peter first met Queen in 1973 when they were a support act and went on to work with them as head of their road crew until their last tour (with Freddie) in 1986. His intimate, reportage-style photos of the band are iconic.

This fascinating talk, with unique photos Peter took during his time with Queen, gives you an insight into life onstage, backstage and inside the recording studio and an understanding of how Queen became one of the biggest bands in the world. Find out the true story behind the Bohemian Rhapsody Film!

You can buy tickets to Peter’s talk in Bristol here:

You must book in advance as tickets are not available on the door.

An absolute pleasure to work with Drew Dillon this week recording James Joyce’s A Portrait of the Artist as a Young Man. A brilliant book and a fantastic listen!

A Portrait of the Artist as a Young Man represents the transitional stage between the realism of Joyce’s Dubliners and the symbolism of Ulysses, and is essential to the understanding of the later work.

This novel is a highly autobiographical account of the adolescence of Stephen Dedalus, who reappears in Ulysses, and who comes to realize that before he can become a true artist, he must rid himself of the stultifying effects of the religion, politics and essential bigotry of his background in late 19th century Ireland. 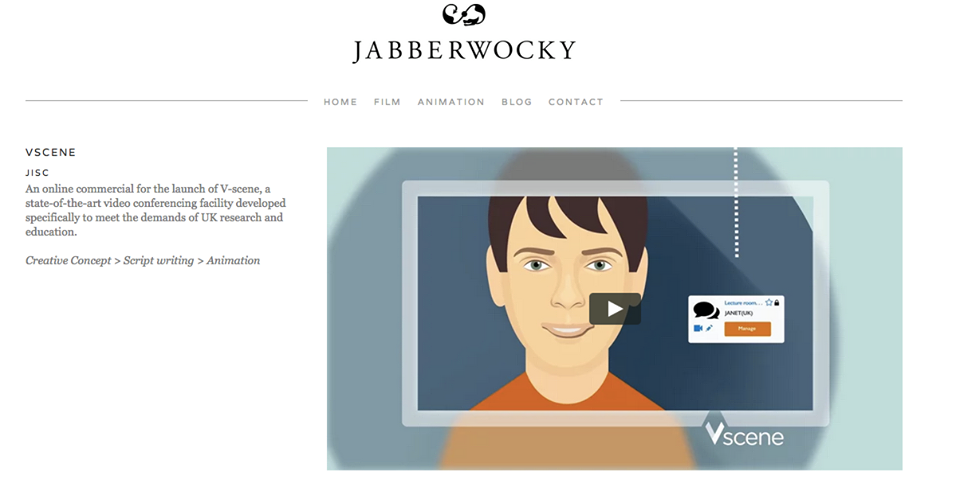 Another great collaboration with our friends at Jabberwocky Films. Well, we provided the voiceover and I think that counts as collaboration?…