Skip to Content
Home Projects In Between the Sheets, Black Dogs and First Love, Last Rites

We have recently recorded two collections of Ian McEwan’s short stories – In Between the Sheets and First Love, Last Rites – and the fantastic novel Black Dogs. 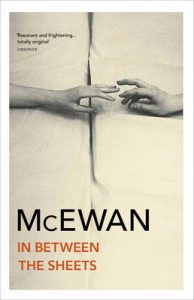 In Between the Sheets

A two-timing pornographer becomes the unwilling object of one of his victim’s vengeful fantasies.

A millionaire buys himself the perfect mistress – passive, yet beautiful – but the union soon becomes a nightmare of jealousy and despair.

And an ape reflects on the relationship with a young female writer, mourning their fading love and musing on the fateful deceptions of art. In these seven stories of dream-like lucidity, the wasteland of the human psyche is mapped with deadly precision. 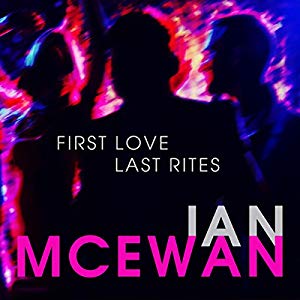 Taut, brooding and densely atmospheric, these stories show us the ways in which murder can arise out of boredom, perversity can result from adolescent curiosity, and sheer evil might be the solution to unbearable loneliness. 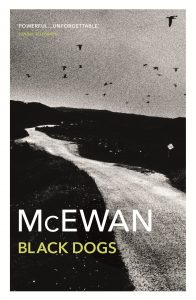 In 1946, June and Bernard set off on their honeymoon. Fired by their ideals and passion for one another, they had planned an idyllic holiday, but in France they witness an event that alters the course of their lives entirely. Forty years on, their son-in-law is trying to uncover the cause of their estrangement and is led back to this moment on honeymoon and an experience of such darkness it was to wrench the couple apart.