A roundup of some of the audiobooks we’ve been working on in January. 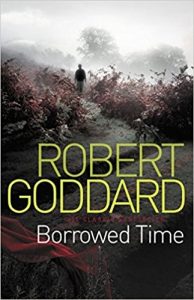 John and Alec have been working on another of Robert Goddard’s brilliant crime thrillers this month.

Borrowed Time follows businessman Robin Timariot, who meets a strikingly beautiful woman while out walking. They exchange only a few words, but those words prove to be unforgettable. A few days later, the newspapers are full of the rape and murder of Lady Louise Paxton – and to his horror, Timariot realises that this was the woman he met just hours before her death.

A man is swiftly charged and convicted of the crime, but a series of bizarre events begin to convince Timariot that all is not what it seems. Against his better judgement, he is sucked into the tortuous complexity of the dead woman’s life.  But the closer Timariot gets to the truth, the more hideous and uncertain it seems to be. And far too late, he realises that anybody who uncovers it is unlikely to live… 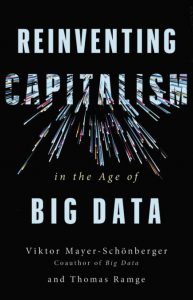 From the New York Times bestselling author of Big Data, a prediction for how data will revolutionize the market economy and make cash, banks, and big companies obsolete
In modern history, the story of capitalism has been a story of firms and financiers. That’s all going to change thanks to the Big Data revolution. As Viktor Mayer-Schönberger, bestselling author of Big Data, and Thomas Ramge, who writes for The Economist, show, data is replacing money as the driver of market behavior. Big finance and big companies will be replaced by small groups and individual actors who make markets instead of making things: think Uber instead of Ford, or Airbnb instead of Hyatt.
This is the dawn of the era of data capitalism. Will it be an age of prosperity or of calamity? This book provides the indispensable roadmap for securing a better future. 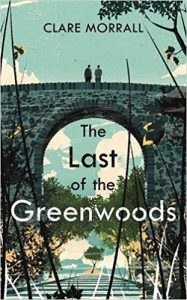 The Last of the Greenwoods by Clare Morrall

In a field outside Bromsgrove, two elderly brothers live in adjoining railway carriages. No one visits and they never speak to each other. Until the day Zohra Dasgupta, a young postwoman, delivers an extraordinary letter – from a woman claiming to be the sister they thought had been murdered fifty years earlier.

So begins an intriguing tale: is this woman an impostor? If she’s not, what did happen all those years ago? And why are the brothers such recluses? Then there’s Zohra. Once a bright, outgoing teenager, the only friend she will see from her schooldays is laidback Crispin, who has roped her in to the restoration of an old railway line on his father’s land. For which, as it happens, they need some carriages . . .

With wry humour and a cast of characters as delightful as they are damaged, Clare Morrall tells an engrossing story of past misdeeds and present reckoning, which shows that for all the wrong turnings we might take, sometimes it is possible to retrace our steps. 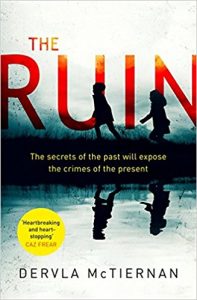 The Ruin by Dervla McTiernan

Aofie and Gav have been working on The Ruin this month, an unsettling crime debut set in the heart of Ireland.

On his first week on the job, Garda Cormac Reilly responds to a call at a decrepit country house to find two silent, neglected children waiting for him – fifteen-year-old Maude and five-year-old Jack. Their mother lies dead upstairs.

Twenty years later, Cormac has left his high-flying career as a detective in Dublin and returned to Galway. As he struggles to navigate the politics of a new police station, Maude and Jack return to haunt him.

What ties a recent suicide to the woman’s death so long ago? And who among his new colleagues can Cormac really trust?