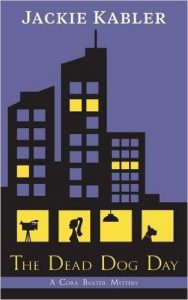 When your Monday morning begins with a dead dog and ends with a dead boss, you know it’s going to be one of those days. And breakfast TV reporter Cora Baxter has already had the weekend from hell, after the man she’d planned a fabulous future with unceremoniously dumped her. Now Cora’s much-hated boss has been murdered – the list of suspects isn’t exactly short, but as the enquiry continues the trail leads frighteningly close to home. Why is Cora’s rival, glamorous, bitchy newsreader Alice Lomas, so devastated by their boss’s death? What dark secrets are Cora’s camera crew hiding? And why has her now ex-boyfriend vanished? The race to stop the killer striking again is on…