WINNER OF THE GUARDIAN NOT THE BOOKER PRIZE 2015 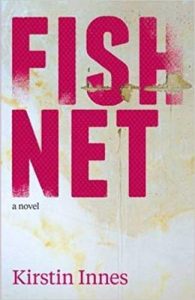 “Innes strikes sparks by rubbing a clandestine world (here, prostitution in Scotland) against the everyday. Unsettling and seductive, this tale of two sisters is moving, gripping and unforgettable.” – The Independent, ‘Top Ten Debut Novels of 2015′

‘…an impressive debut… asks difficult and brave questions. Crucially, the novel works because it shows how these questions matter to individual humans; because it’s so full of empathy… this is an important book.’ – The Guardian

Six years on, worn down by a tedious job, child care and the aching absence in her life, Fiona’s mundane existence is blown apart by the revelation that, before she disappeared, Rona had been working as a prostitute. Driven to discover the truth, Fiona embarks on an obsessive quest to investigate the sex industry that claimed her sister. As she is drawn into a complex world, Fiona makes shocking discoveries that challenge everything she believed, and will ultimately change her life forever. Bittersweet, sensual and rich, Fishnet takes a clear-eyed, meticulously researched, controversial look at the sex industry and the lives of sex workers, questioning our perception of contemporary femininity.